When I was a teenager, one of my favorite movies was the original Willard (1971), which was about a young man who befriended some rats that lived in and around his house. I liked the movie because I had so much in common with the protagonist, Willard Stiles. Willard was the son of a steel-industry man; so was I. Willard's mother was domineering and sickly, and demanded complete devotion. So did mine. Willard's working life was made a living hell by his duplicitous general manager and harassing co-workers. Mine, too. And, as I did, Willard turned to the companionship of animals as a psychic refuge from his tortured daily existence.

Fast forward ten years. I was working for my father's company at the time, and I had a business appointment in the Wilshire district across town. That office turned out to be in a grand old Victorian mansion, the likes of which were rarely seen anymore, especially right off Wilshire Boulevard, which was one of the most heavily developed (and re-developed) streets in West Los Angeles in the mid-20th century.

Anyway, I trotted up the front steps, opened up the huge carved wooden door, and stepped inside. Right away I saw it wasn't just one office, but many. I walked through the main hall seeing a large parlor then a large dining room to my left. To my right was a grand staircase. Then, as I spotted the office I was looking for at the end of the entry hall, it struck me.

I've been here before.

But no, no way. I'd never been in this house, obviously. But that front room, the room next to it, that staircase. Wow! This is the Willard house! Talk about a chill running up my spine! I was completely dumbstruck. I walked through a doorway on the far side of the main room, and there, again, to my right was another staircase – Willard's mother's staircase, the one in the movie that had the invalid's escalator chair on it. And the office my appointment was in was in the former kitchen, where Willard prepared the poison for Ben and the rest of the rats!

This was almost too much.

As soon as I introduced myself to my business associate, I asked, "Is this the house where they filmed Willard? "Yes! How did you know that?" "I just walked in and I recognized it from the movie." Then I looked out the back windows, and there was the overgrown garden and the cement pond, again, just like it was in the film.

(As an aside, there was another memorable thing about that office. It was the first time I ever saw a computer used in a work environment – and it was an Apple II, of course. ^^)

Anyway, in July, 2009, I got to see the old mansion again, though only from the outside. Oh well, I'm quite content with my memories as they are. Nothing could re-create the surprise of that initial visit! 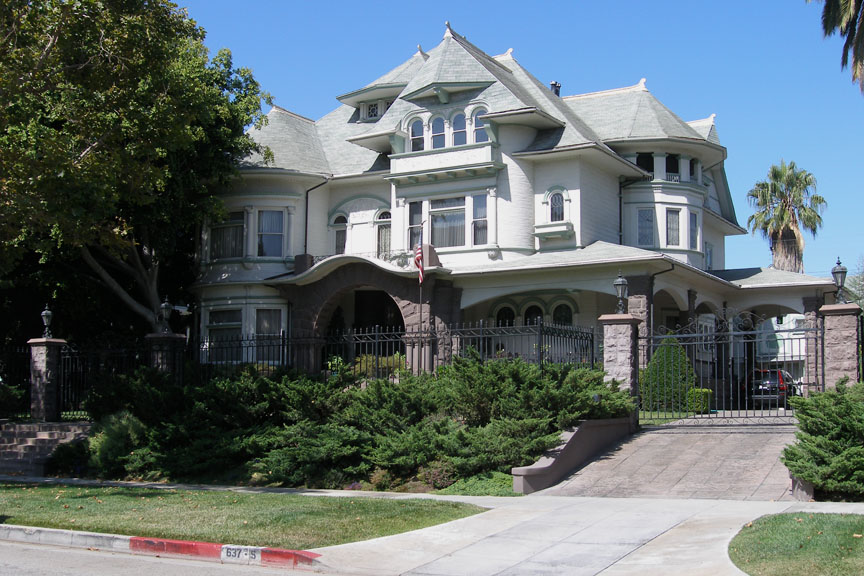